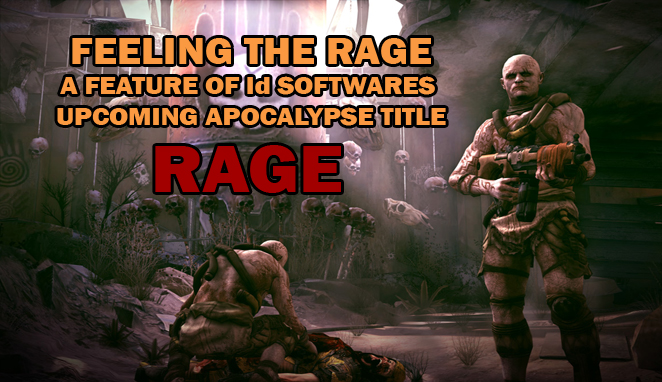 There are several post-apocalypse games – Fallout 3, Borderlands and S.T.A.L.K.E.R. to name a few. Honestly, there are so many titles that post-apocalypse may as well be it’s own genre for gaming. But Rage isn’t your typical wasteland-shooter. The people at id Software (the fathers of the FPS games Wolfenstein 3D to Doom to Quake – impacting games that brought something new to the table) are changing from the dark atmosphere of space stations, labyrinths and castles to the bright, sunlit derelict wastelands in their latest title Rage.

The story begins with an asteroid, named Apophis, hitting the Earth in 2038. In order to preserve mankind underground, cryogenic pods (called the Ark) are created to withstand the disaster. Cut to the future and you play as a survivor who awakens early inside of the Ark. Immediately, roving bandits approach you with a hasty attack but in time you’re saved by Dan Hagar, voice of John Goodman. He fills in the gaps stating there is a bounty for Ark survivors and fills in the blanks detailing what happened to those survivors outside of the Ark. Dan’s tribe gives you a warm welcome and even gives you some missions to start – such as killing off the bandits that were after you. 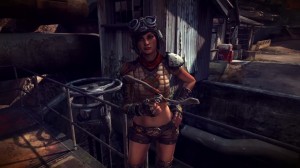 You can travel around on foot or in a dune-buggy after you’ve pieced it together. The core element of Rage is shooting (which feels like your typical shooter) but that isn’t all. You can upgrade your weapons and ammo, participate in racers for new vehicles and weapons, and collect a bunch of gear and spare parts to engineer gadgets, weapons, bandages and etc. Personally, one of my favorite weapons is the Wingstick. It’s a large 3-bladed boomerang with smart nano-tech that can be either constructed or purchased. Due to the nano-tech in the weapon, if you miss your target with the initial throw it will turn around and strike it. 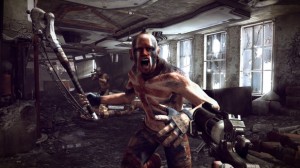 The animations are smooth and timed spot on – such as a bandit leaping from terrain-to-terrain approaching fast to Dan whose loading a pistol that he is about to give to you. The sound effects are loud and top-notch. The closest shooter to this kind of audio detail is Brink.

Rage is something to look forward to this fall. Yeah, it resembles previous titles that have been out but it plays very differently and it is graphically more impressive. Everyone knows the groundbreaking games that id Software developed in the past and this will truly stand alongside those classics. Rage will drop in stores and digital distribution sites this October 4 and the 7th in Europe.