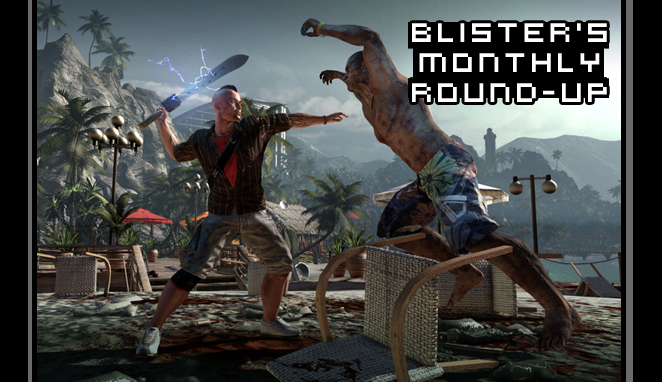 Dead Island debuted last month meeting some mixed reviews and controversy. Critics and gamers liked the graphics and atmosphere of the game but that didn’t make up for the weak story – compared to the the teaser trailer which debuted over a year ago. Still, Dead Island had bugs and flaws in the final product for the consoles. A developer debug build was mistakenly released on Steam instead of the retail copy thus gamer’s experienced random crashes, characters flying or passing through objects and other glitches with the game. Publisher, Deep Silver, apologized and immediately released a patch to correct the errors. And when it looked liked the drama with Dead Island was in the clear, lastly, a line of code in the game was discovered by a Steam user. It’s an alternate name among the skills for the female character Purna called, “FeministWhorePurna”. Its title in the game is Gender Wars and you can’t switch it from Gender Wars or anything else.

“The line in question was something a programmer considered a private joke. The skill naturally [sic] has a completely different in-game name and the script reference was also changed. What is left is a part of an obscure debug function. This is merely an explanation but by no means an excuse. In the end that code was made a part of the product and signed with our company name.”

Perhaps, left in as a joke from a programmer or forgotten, the developer, Tech Land, later released an apology.

“We deeply regret that fact and we apologize to all our customers or anyone who might have been offended by that inappropriate expression. The person responsible for this unfortunate situation will face professional consequences for violating the professional standards and beliefs Techland stands for.”

You’d think after the Hot Coffee Mod with GTA San Andreas in 2005, people would stop leaving unused codes that would cause a controversy, thinking no one would find it and if so wouldn’t spread it far to the public. Some people have to learn the hard way.

Cliffy B is back! Gears of War 3 released to high reviews but they weren’t good enough for Epic Game’s Cliff Blezinski. Generally, 8/10 scores for a game is a great score to publisher, developers, reviews, gamers to everyone but Cliffy B expressed otherwise. Whoever gives Gears 3 an 8/10 rating hates the game.

“Doing great, apart from a couple of haters,” Cliffy said while discussing the review scores. When he was asked who the haters were, he mentioned Eurogamer’s review of 8/10.

“You know, I didn’t quite gather it. I don’t want to come across as defensive.” He defensively said. “How do I phrase this properly? When people rated Gear 2 higher than Gears 3, it kind of upset me because I know Gears 3 is a better game on every level.”

The comments come off very selfish as if an 8/10 is the end all review of gaming instead of a single person’s opinion. If someone hates a game, they’ll give it a 1/0 or 2/0 and explain why they hate it. 8/10 is an impressive rating. It’s like a kid who worked hard on a school project to only get an A- and flipped the fuck out.

A video slideshow showing off Diablo III’s beta leaked to the public from an ex-employee at Blizzard. It showed the character selection and create game screens. So how did Blizzard respond to the leak? By announcing and opening a private beta to the public and giving them the ability to invite friends who don’t have the game to join. The beta takes place in a large portion of the story. Act 1 and all 5 character classes are available.

“In the Diablo III closed beta test, participants will be able to fight their way through part of Act I as any of the five hero classes – barbarian, witch doctor, wizard, monk, and demon hunter – and go head-to-skull against the Skeleton King taking him on alone or playing cooperatively with other adventurers. They’ll also get to meet up with some of the artisans, followers, and other key characters from Sanctuary, and try out the game’s skill and crafting systems.”

Blizzard also announced they are extending the beta testing and adding more testers who have an active Battle.net account. Diablo III will ship in early 2012. 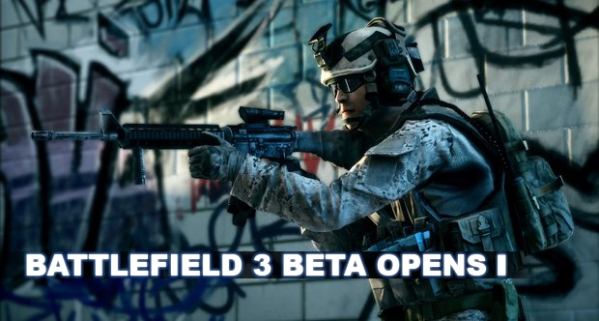 -Battlefield Beta Opens To All-

Speaking of Beta’s, at the very end of the month (the 29th) EA and DICE opened the Battlefield 3 Beta to PC, Xbox 360 and PS3. The beta will close on October 10. Those who pre-ordered the game through Origin or own the Tier 1 edition of Medal of Honor, had the opportunity of entering the Beta on the 27th. It featured the Rush Mode in the Metro Map.

DICE responded about glitches found in the beta and said they fixed them all and none will be in the final copy. Hence, the reason of why a beta exists – to discover what errors and imbalances are left in the beta.

As the beta nears an end, DICE released another map, the Caspian Border. It’ll hold 64-players for PC and 24 for consoles. Also, it will be full of vehicles for use unlike the Metro. This map is most likely a response to fans who tried the Metro and were disappointed with the map and the lack of vehicles.