Console gaming maybe headed for a big change in the future. Due to the of successes such as Steam and OnLive. A lot of companies are turning towards cloud gaming as an alternative to selling games. A few companies have already begun:

“You will be seeing things in the Xbox platform that’s cloud-specific. I’m already doing it, it’s really exciting, but I can’t tell you about it or else I’ll get fired,” – Brian Price at GDC China.

There are more companies following suit but it’s not just the success of the cloud companies that is pushing the change to cloud but the gaming industry’s battle against the used game market. They’ve been at it for a while mainly using one-time only redemption codes. Microsoft is working on service that would tie a specific Xbox Live account to a released game, these plans will reduce the used game market from Gamestop, Ebay and Amazon but also it’ll affect GameFly and Red Box. I’m sure an outcry from gamers might result from it. Most likely, the used game market helps the industry with consoles sales and let’s think about the gamers who can’t afford $50-60 games or who want a game that they missed years ago. (Personally, I doubt you’d find a new copy of Alpha Protocol hanging around Gamestop.) 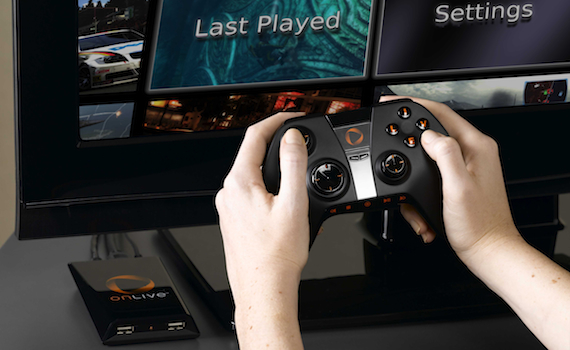 But is online gaming really the best idea? Are you’re paying for time to play? If you do “purchase” the game do you own it entirely? Are you paying a license to play the game off of their server? I think a game that is ordered to stream should also have a backup disc mailed to the subscribers home to be played offline. The service is still making money from their payment and it’ll gain the customers support.