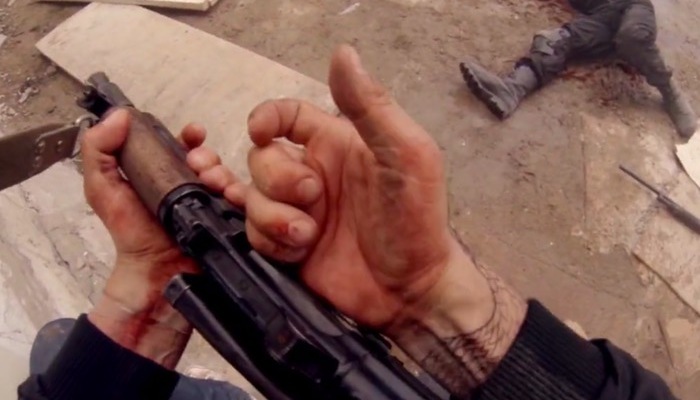 There’s a lot of buzz going around about a sci-fi action film shot from a different perspective than the usual feature. Gamers will relate the, possibly upcoming, movie Hardcore to a modern-day FPS since the entire movie is basically a shoot-em-up from the protagonist’s point-of-view.

The plot is about a cyborg named, Henry, who is on a mission to save his creator/wife from a tyrannical telekinetic – starring Sharlto Copley (The A-team , District 9 and Elysium), produced by Timur Bekmambetov (producer of Wanted) and directed/created by Ilya Naishulle.

The movie has been filmed but needs to go through editing and post-production. Here’s the downside, Naishuller is short on funding thus launched a crowdfunding campaign on Indiegogo for support.

“Hardcore is a love-letter to the films and video games that have inspired me and was created as a way to say ‘thank you’ to all of the passionate fans who supported us and asked to see more in the style of Bad Mother******,” Naishuller told Mashable. “The crew and I were incredibly humbled and motivated to work hard, not only to make this vision a reality but to deliver the most unique experience from beginning to end. The film was really born on the internet, so I’m grateful to be able to take this back to our community and Indiegogo, their help will make Hardcore truly special.”

Bad Mother****** is a point-of-view music video to Naishulle’s band, Biting Elbows. His music video started all of this after it came out this spring reaching 40 million views between Vimeo and YouTube. Then Timur Bekmambetov contacted Naishulle about making a feature-length movie action movie from that style.

Hopefully, everything will work out because the teaser looks awesome.

Warning the video lives up to its name and has graphic violence.