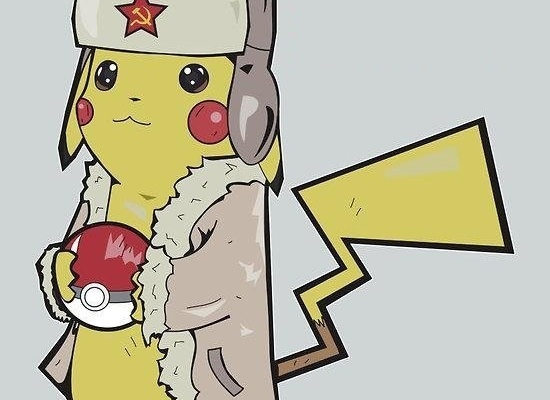 Russia was against the idea Pokémon go because the company behind the game Niantec, is allegedly closely linked to the CIA? Well they weren’t too far off, however it did make them look very paranoid stating that this technology was created so Uncle Sam could spy on comrade Zangief. Fast forward to today and we realized Russia actually have been using this technology as a means to interfere in American social injustice issues.

April of 2016, Putin wanted to ban Pokémon Go from Russia, he felt that it was just a way for the CIA to collect intelligence from various smartphones in his country via the app. Putin had the Kremlin investigate the CEO of Niantec John Hanke, and discovered that he was the brains behind Keyhole which launched in 2001. Keyhole was financially funded by In-Q-Tel and NGA (an agency for the Intelligence Community and a support agency for the Dept. of Defense).

Kremlin sources believed the most objectionable clause in the Pokémon GO contract being signed by young people all over the world is the line: “We may disclose any information about you (or your authorized child) that is in our possession or control to government or law enforcement officials or private parties.” In other words, everything your smartphone camera captures while you are attempting to capture Pokémon can and will be used against you in a court of law. Once Putin was made aware he put strict rules in place stating that if using the app you could not point the camera at any churches, statues and government buildings. While theses rules were in place Putin was still trying to get the app banned in Russia altogether but that was to no a vale. The punishment for breaking these rules can result in serving a to 3 to 5 year sentence. A good example of that was when Ruslan Sokolovsky age 21 was arrested at his home after investigators reviewed a video of him playing the app on his smartphone at the Church of All Saints in Yekaterinburg.

Now this is the crazy part. Currently in 2017, the Don’t Shoot Us movement, a collective that seemed to share the same outrage against police brutality as Black Lives Matter was reaching out to several newspapers promoting a protest for a court hearing of a police officer that was involved in the death of Freddie Gray. According to CNN, Don’t Shoot Us was not a black activist movement. It has been discovered that it was created by Russian cyber experts, (Black Hats) with the intent to manipulate and enrage African Americans into protesting and encouraging other Americans to view black activism as a rising threat. They created a contest using Pokémon Go to get players visit sites where police brutality had been recorded, and were encouraged to give their Pokémon characters names of real-life victims then place them in gems at those locations. Players then had to take screenshots of the renamed Pokémon and attach it to an email to revive 1 of 13 prizes. CNN stated that they could not find any evidence that anyone got any prizes or entered the contest for that matter. Don’t Shoot Us linked to hundreds of Pokémon Go accounts which were utilized by the Russian state, the same Russian state that outright wanted to the ban the app due to it’s history tied with the CIA.

That is hell of a slingshot! To start off as publicly denouncing a product geared toward teens and young adults but is widely accepted by everyone. All because you are concerned that the CEO of Niantec developed a project in 2001 that was backed the intelligence community. After all of the conspiracy theories are confirmed by the Kremlin you set an extreme example for anyone that plays the video game in a church or government building. However, less than a year away you include it in your plan to fan the flames of racism and civil unrest in the country that created the game in the first place. Not to mention that this is after an election that you employed the same cyber experts to swing in your favor while impersonating a popular activist group.

What will this do to Nintendo’s stock as well as Niantec? Now that Americans are aware that the Don’t Shoot movement is nothing more than a puppeteering act, will anyone still try to protest the court hearing? Also what other global wide spread cell phone games are being used and should we take step back and start gaming only with players that we can physically see. When CNN and MSNBC asked the CEO of Niantec what steps can be taken to make certain this doesn’t happen again.

“We are just as shocked everyone else about this. Right now we got nothing. It’s clear from the images shared with us by CNN that our game assets were appropriated and misused in promotions by third parties without our permission.” However a Niantic spokesman said in a statement. “It is important to note that Pokémon GO, as a platform, was not and cannot be used to share information between users in the app, so our platform was in no way being used. This ‘contest’ required people to take screen shots from their phone and share over other social networks, not within our game so we are not at fault.”

Silicon Valley has been under an in intense microscope as the US government looks into what happened during the election. Facebook, Twitter and Google but nobody ever thought a friendly mobile app staring Pikachu might be the key to this whole to this whole investigation.