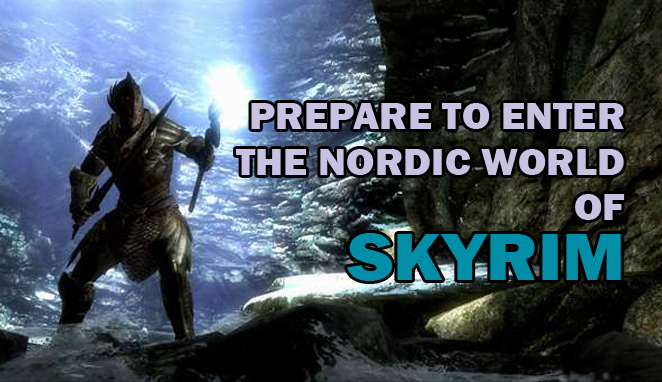 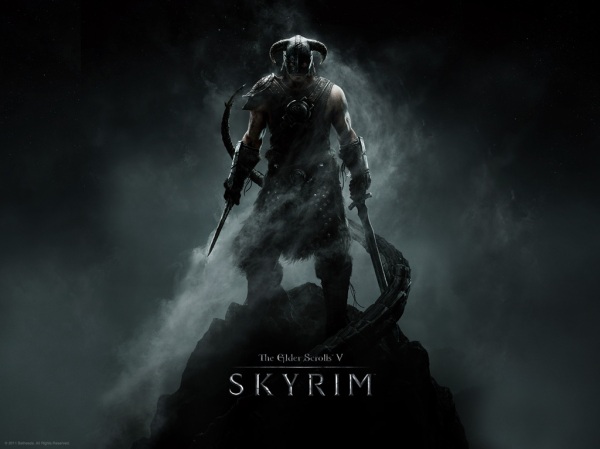 This November prepare to step into the vast open world of Skyrim. The 5th sequel to the Elder Scrolls series resembles the cold plains from a Nordic tale. From traversing the huge world to using mystical powers and fighting dragons this edition of Elder Scrolls packs a punch with it’s sleeves rolled up. It still retains the opportunities of being and doing whatever you want. Everyone know that this will be an epic outing but how epic is the question? 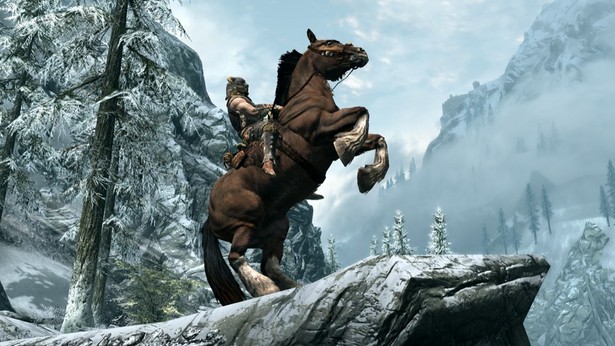 To determine that, first let’s cover the story. Skyrim isn’t a direct sequel to Elder Scrolls IV: Oblivion but instead it is 200 years after the events and in a new landscape called Skyrim, the north of Tamriel the game’s continent. The king of Skyrim has been assassinated and thus creates a civil war. This is the last of events, that have been foretold in the Elder Scrolls, and say it leads to the God Alduin destroying the world in the form of an immense dragon. You play as the last of the Dovahkiin (Dragonborn) a dragon hunter with inherited powers that aids you in fighting off the dragons. As a Dovahkiin you defend Skyrim from Alduin and other dragons.

Still retaining character customization the game will adapt to how you play. Side quests change how you play, for example, if t you don’t explore certain areas then their will be side quests to send you there. Depending on certain people you interact or kill it will change events. You can even choose which hand to fight with. 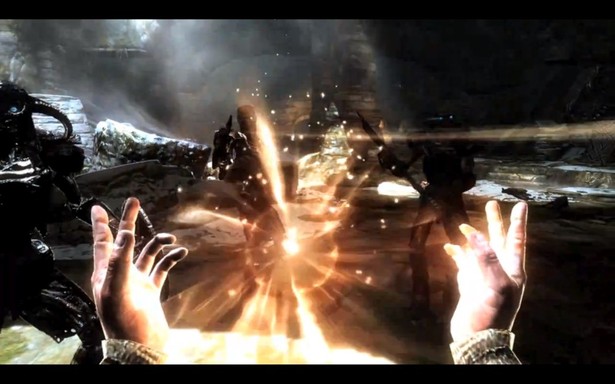 Your hands are controlled by the left and right triggers. The left trigger for your left hand and right trigger for your right. You can hold your weapon, shield or cast spells from either hand. However you like. You can also dual weapons or cast spells from to create stronger spells. There are over 85 spells, by the way. And gone is the class system instead is a stat system. Over time the game will recognize what spells or weapons that you prefer and automatically upgrade those. As you level up you receive perks from different branches of skill trees. There are over 280 perks so far and lastly you have Shout Powers. After you slay a dragon you absorb a Shout Power e.g. roaring, teleportation, slow-time, breathe fire like the dragons. 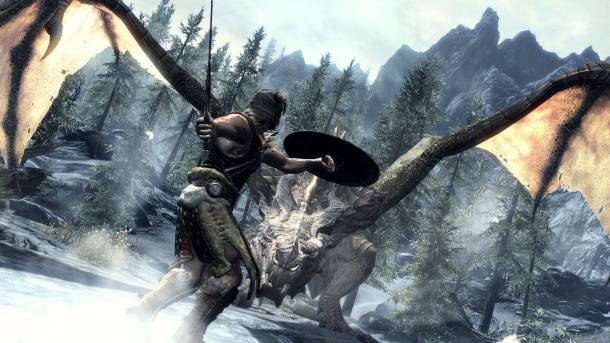 There are tons of dragons and each one isn’t scripted to act a certain way. They all act differently every time you encounter them and attack towns or individuals anywhere at anytime. Earlier  I mentioned you can do whatever you want, whenever you want, wherever you want. The same rule pertains to the dragons roaming around wanting to cause chaos. These battles are on a grand scale as you face toe-to-toe with a dragon.

The dragon slaying will be available this November 11th.